About the Anti-Hazing Coalition 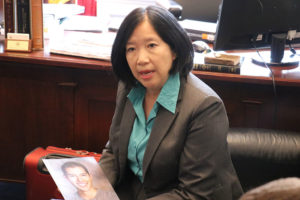 The Anti-Hazing Coalition (AHC) is a collaboration of the National Panhellenic Conference, the North American Interfraternity Conference and parents whose children were tragically killed by acts of hazing. The AHC is working to eradicate hazing through aggressive student educational outreach, new state-level efforts to strengthen criminal and civil penalties for hazing and federal advocacy to use transparency to make lasting cultural change in student organizations and on university campuses. Every student has the right to learn and thrive in a safe and healthy campus environment.

During the 2018-2019 school year, these parents spoke to more than 50,000 students. Parents are also being invited to speak with students — including fraternity men and sorority women — at both the local and national levels. North American Interfraternity Conference
NIC is a trade association that represents 66 national and international men’s fraternities, with more than 6,100 chapters located on more than 800 campuses in the United States and Canada, with approximately 385,000 undergraduate members and nearly 4.2 million alumni. The NIC has introduced enhanced Health & Safety standards and programs, including a ban of hard alcohol in fraternity houses and events.

National Panhellenic Conference
NPC is the umbrella organization specifically charged with advocating on behalf of the sorority experience. It is comprised of 26 national and international sororities that are autonomous social organizations. Collectively, NPC sororities are located on more than 670 campuses with approximately 418,000 undergraduate members and nearly 5 million alumnae.

Association of Fraternity/Sorority Advisors
Through programs, publications, networking opportunities and other resources, AFA represents the community of fraternity and sorority advisors and is the leading voice in aligning the fraternity/sorority and higher education experiences.

Southeastern Greek Leadership Association
The Southeastern Greek Leadership Association (SGLA) is a voluntary association of fraternity and sorority governing councils in the United States. SGLA is one of the regional associations throughout North America designed to bring together institutions and individuals with a commitment to the promotion of fraternity and sorority life on college and university campuses.

HazingPrevention.Org
HazingPrevention.Org™ is dedicated to empowering people to prevent hazing, by providing education and resources, advocating on hazing prevention, and building partnerships with others. Major initiatives of the organization include National Hazing Prevention Week™, Prevent.Zone™ educational online courses, seminars, books, and educational resources that touch the lives of thousands of individuals, organizations, campuses and communities.