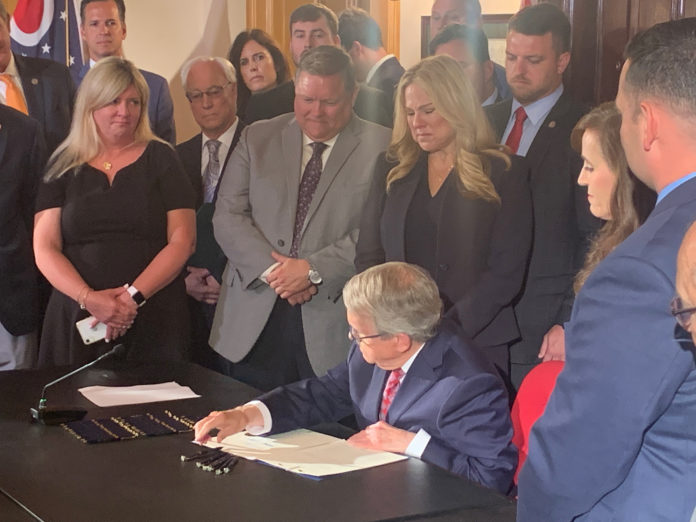 COLUMBUS, Ohio (AP) — Tougher criminal penalties for hazing will take effect in Ohio this fall, nearly three years after the death of the college student for whom the legislation is named.

“Collin was a protector by nature,” Kathleen Wiant, who championed the legislation since her son’s death, said Tuesday at the signing ceremony. “I can think of no greater way to honor him than a law in his name designed for the sole purpose of protecting others.”